Managing your relationships with potential investors and eventually, actual investors, is crucial but challenging. Labs mentor Eyal Lavin, partner at Chausson Finance, led a Labs session all about fundraising, from the state of the funding market in Europe to how to keep VCs interested throughout the raising process. Here are his top tips.

The state of the funding market in Europe

What’s one word that describes the VC market in Europe today? According to Lavin, it’s “‘awesome’. There are more and more new venture capital firms are established every day,” Lavin says. “VC firms are raising more money, and some of them specialize and open impact funds or a vertically oriented fund.”

The positive growth isn’t just coming from within European VC firms though. “There are more and more foreign VCs looking at continental Europe for investments, which is a very welcome trend,” Lavin says. And all around, “founders are being seen as the main asset,” which has traditionally been a more American way of looking at the value of a startup, Lavin says. It’s something that European VCs used to say with less conviction, he explains, “but today we see that VCs are investing more according to the founders and less so according to the metrics. Metrics are still important, but not alone at center stage as they used to be. VCs see that it’s the founder who’s able to drive the future of the company—you’re betting on that person or people.”

Get a warm introduction to stand out from the crowd

The competition for VC money in Europe is just as fierce as it is in any other market, and it’s only getting tougher. “Each VC gets 2,000 to 5,000 applications per year, which is double to triple the amount they were getting two years ago,” Lavin says. “And on average, VCs make less than one investment per partner per year. That’s why I say that fundraising isn’t like running a marathon—it’s winning a marathon.”

That being said, there are some key steps you can take to make sure that your application doesn’t get lost in the shuffle. Most importantly, get a warm introduction. “If you don’t have an introduction, try to build your network so you can get one,” Lavin says. “Part of standing out from the other applications is making sure that you’re being introduced. And some VCs see being able to find a way to get an introduction as a sign of their quality as an entrepreneur. They look at is as part of his or her character, and a sign that they’ll be able to get to their customers, too.”

Focus on your business and avoid a Catch-22 situation

Fundraising is an intense and time consuming process for founders. And in the midst of all that work and pressure, you also need to “avoid a Catch-22, which is a situation where the action you take in order to reach a result creates the opposite effect,” Lavin says. “Say you want to raise funds. You need to invest time to do that. Therefore you invest less time driving your company’s sales, product, or R&D. And your metrics go down, which then lowers your chances of raising money.”

You can avoid falling into that trap by “structuring the fund raising process,” Lavin says. “You have to delegate and work in the proper way,” essentially making sure you nail the key elements of your process and your pitch to make your raise efficient and successful.” Remember that if you’re raising a Series A or B, you’ll need to spend about 20 hours a week for six months to make it happen, and a Seed round will require about 20 hours a week for two months. You also need to “plan your cash to last during this period of fundraising, which is accelerated performance until about three months after you think you'll get the money,” Lavin says.

Lead with a strong story

Your story is what sells your startup. So it needs to be well-structured and hit certain key elements that investors expect to see. “First, it has to be true. Some entrepreneurs seem to forget that, but if it’s not true, it will catch up with you at some point,” Lavin says.

Second, “it has to be easy to digest,” Lavin says. “Tell it in a language and with a speed that would be understandable for a 12 year old. If a 12 year old couldn’t understand, it’s too complex”. Next, “it has to explain the main hiccups and events of the company. No startup is ever smooth sailing. Your story has to incorporate that in a way that hopefully generates a wow effect,” Lavin says.

Your goal with your story is to “shift the investor from fear of investing in a useless startup and losing their credibility to fear of missing out on an amazing investment,” Lavin says. “If you end up somewhere in the middle, you will not get money.”

When you’re evaluating potential VCs to reach out to, remember to “target the partner and not the fund,” Lavin says. “The partner is the one who’ll champion you, not the fund or the analyst - although they have an important role, they are not the person to sit on your board. Look at the investments the partner has done and those they didn’t manage to do. According to that information, you’ll be able to identify whether this person is the right person for you.”

Once you’ve identified the ideal partners, you need to keep them interested throughout the sometimes lengthy process between meeting them and signing a term sheet. “During that time, it’s important to feed the investor’s interest and their excitement about your company,” Lavin says. “You need to have a stack of good news that you keep in a drawer and every time you meet, you open the drawer the take out the good news. Every two to three weeks, you need to throw a new piece of material at them. Otherwise you’ll lose their interest.”

You also need to focus your efforts on investors who believe in you. “If they don’t, it’s an uphill battle,” Lavin says. “You want to target between 40 to 70 investors at a minimum. Anything below that decreases your chances of closing a deal. And you need to align all of the investors on the same timeframe. Try to have all of the meetings in the same two to three weeks.”

Never rely on someone else’s tech for presentations

“Always bring your own computer to meetings,” Lavin says. “Things get messed up, they don’t look right, etc. It sounds basic but I’ve seen mistakes happen. And never do a live demo during the first meeting. You’ll be tempted because you’re very proud of your product, but you’ll get the blue screen of death. Murphy’s law is very present in first meetings.”

Send your presentation in PDF format

Lavin recommends sending out PDFs instead of Google slides or Powerpoints for a few reasons. “First, the files are smaller so you can send them via email,” he says. “Second, if you used special fonts or had complicated design elements in it, they may look wrong if the investor doesn’t have the software you used to create the file. And last but not least, you may have written notes in your slides that you don’t want the investor to see. So send a PDF.”

Keep track of the versions you send to each investor

It’s smart to make tweaks to your deck depending on what you know individual investors want to see, whether it’s your business plan, the metrics you’re highlighting, or the amount of money you’re asking for from that investor. But you can’t get confused about which version you sent to who. “When you’re saving each file on your computer or in the cloud, name it according to the investor’s name,” Lavin says. “That way there will be no confusion.”

You’ve probably heard this analogy before, but that’s because it’s true: The relationship between founder and investor is like a marriage. So you need to treat it accordingly. “You need to listen to them and know about each other’s skeletons,” Lavin says. “And when you’re negotiating the agreement, make sure it’s fair on both sides. If it isn’t, it’ll be a very short relationship.”

Learn more about fundraising as an early-stage startup. 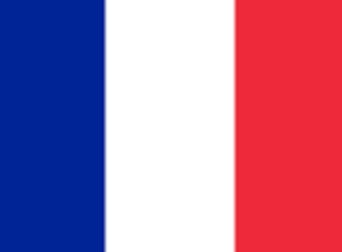 Why I'm Finally Showing People I *Don't* Have It All Together

How to Make the Most of the WeWork Labs Slack Workspace