I've long held the belief that every BDR (business development rep) and SDR (sales development rep) who joins a SaaS startup is ruined from day one by the simple fact that the company website has a big shiny button on the homepage that says:

I feel like whoever originally started this whole concept of Software-as-a-Service (was it Oracle? Salesforce??) played a horrible trick on the world by labeling these 'Demos'. Those 3 words have turned every SaaS Founder and BDR into robots– robots on a mission to cripple every single lead into boredom and slumber with their 'demos'.

A new service we rolled out this year with Startup Hypeman was what we call Game Film Reviews of demo calls. Basically, SaaS BDRs/founders send me recordings of their demos. I watch, analyze, and take notes, studying how they communicate. I put all my notes into a shared document. Then I do a 1-on-1 feedback session with that rep where we review the tape and the notes. After the 1-on-1, we hold a team Game Film Review, where all the reps join and we do that same feedback session, but now in a group setting so the others can learn.

I've reviewed a lot of demo calls this year, and here are three of the biggest mistakes I've seen:

Mistake 1: Not turning your camera on!

You're likely running your demo on Zoom. Your computer likely has a webcam. Why do you keep it turned off the whole meeting? Would you show up to an in-person meeting with a blank avatar graphic over your face? Then why show up to a virtual meeting with that avatar?

Seriously, here's why you need to turn your camera on:

I think the point has been made by now, but the last thing I'll say here is that I've gotten responses from founders and reps like "I keep my camera off because I'm not wearing makeup," or, "I'm wearing sweats", or "my background isn't great". To all of that I say show up like you're going to work, not working from home.

In most cases your prospect is shopping you against two to four of your competitors. And I hate to break it to you, but your technology is not all that different from your competition. At least not in the eyes of your potential customers.

When you build your business case on all the features you have available, you're basically America in Vietnam: It's a war you should never have entered.

Revamp your calls. Don't try to win the fight over your competitors of more or better features.

Focus on value over features. Every aspect of your platform that you describe should be done so in a way that speaks to what it helps them accomplish. That ties back to the challenges they currently experience. Tell stories that create emotional buy in around the problem your prospect has, and the idea that solving the problem is in their best interest. Then showcase your platform through that lens.

Again, let's say you have a 40-minute call. Thirty-five minutes of that should not be the screenshare of your platform. Nor should 30 minutes. Even 20 is stretching it long. I would go five to 10 minutes on the platform screenshare. Fifteen minutes max.

Use the screenshare to put a visual around your storytelling but don't try to win on the screenshare. Prospects generally just need a taste to know if they like it or not. Your buyers want to feel understood. Marathon screenshares don't convey understanding.

Back to the 'demo button' concept. Just because they clicked 'Request a demo', doesn't mean it's in their best interest to get a private screening of "Product.ly: The Full Length Movie".

What if, instead, the button said, "I have a problem, I need to talk to someone about it"? Would you run your calls differently? 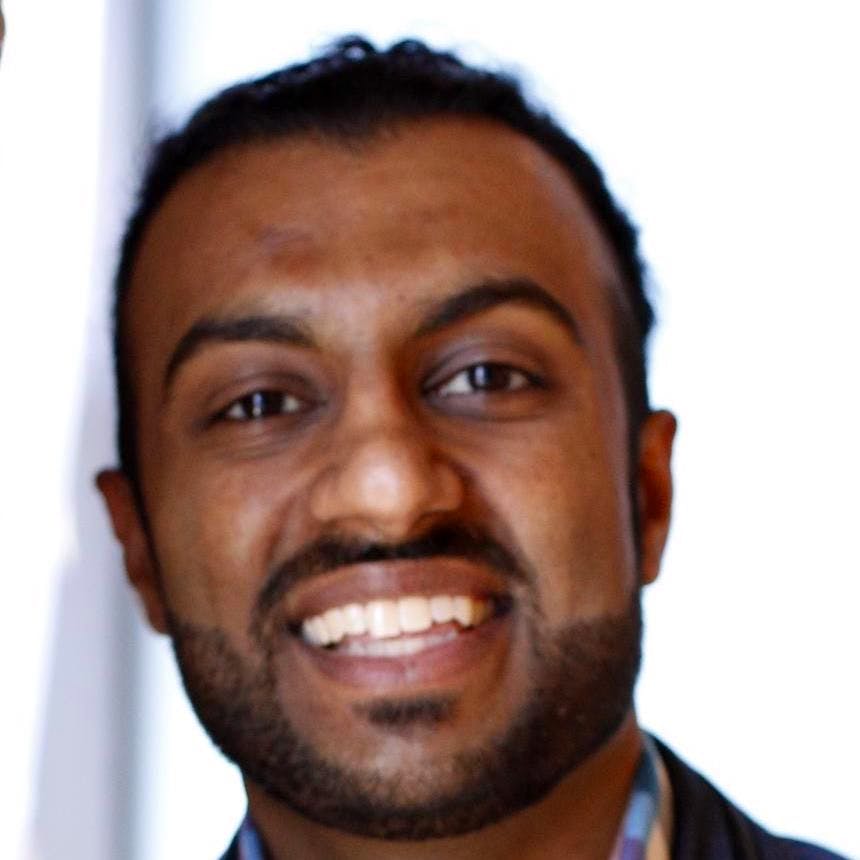 RajNATION is known as the heavyweight champ of story. As founder of Startup Hypeman, he helps startups not suck at how they pitch and tell their story to stand out to customers and investors.
Previous Post
1 min read
Member Discount Financial modeling Pre-launch Validation Growth