Steps To Engaging Investors From The VC Perspective (Part III)

Our very own London (70 Wilson) Labs Manager Kim van Haalen interviewed William Mercer, Venture Director and Investor at Zag to discuss the fundraising process from the investor perspective. This is final Part (Part I and Part II here) of this III-Part series focused on the initial investor outreach and meeting, to the follow-up process and then on to quick tips.

1) Have a good reason why you think the fund is right for you: I’ve heard so many phoney reasons for wanting to do business with us. Treat it like a sales process, show relevancy and always flatter the prospect. Just something simple like, ‘I've spoken to startups in your portfolio and they all speak highly of you, particularly the support you’ve provided with XYZ.’ But don’t be disingenuous either. If you have never heard about us before, fair enough. But just maybe come up with some good other reason on why it would make sense for us to consider you.

2) Take feedback graciously: Nothing's worse than an entrepreneur who can’t take feedback. Even if you disagree, just thank them for the time and make the most out of any opportunity to get feedback. Most investors see a lot of companies and have probably seen at least 10 similar propositions. Meaning they’ve usually given this subject at least 10 hours of thought. See it as an hour of free consultancy. Even when an investor is crushing your idea before your eye, just try to take it gracefully. If they invest in you, you’ll need to deal with each other for the next 3-10 years, it’s very unlikely that’s going to be a smooth relationship if you can’t take constructive feedback from the outset.

3) Go with your gut: I'm a big believer that it’s ultimately a relationship; look for a human connection with investors. They're part of your family, and the good ones are on your side once they are in. Make sure you're happy with the deal you agree to. Things don't really get better relationship-wise when you’ve made a bad deal. Also, you're going to get diluted later on down the line so work out how you're going to keep control of your company so there’s no ill-will with your backers.

4) Some terms are negotiable, others are not, push boundaries: Most of the terms are negotiable including fees and valuation. Some are deal-breakers. But if you’re negotiating and they're interested; they will come back saying, ‘We really can't move’. And you can try and push them one more time.

5) Always get a reference from a startup in the funds’ portfolio: Make sure you select a founder in their portfolio to get a truly unbiased opinion about the fund and the people. Ask the startup how well the investor lived up to their promises. If an investor is very interested in you, they'll often promise you the world, especially in terms of introductions. E.g if they say they’re going to introduce you to Barack Obama, get that explicitly written down so they have to live up to the promise.

6) Don’t be late to meetings: This does not set a promising standard for the future relationship.

Parts I and II of this series can be found here and here, respectively. Good luck! 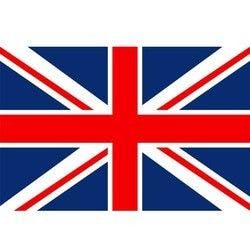 Steps To Engaging Investors From The VC Perspective (Part II)