About this Mentor: Delane Parnell is currently the Founder and CEO of PlayVS, the venture-backed startup building the infrastructure for high school esports. Prior to starting PlayVS, Delane worked at IncWell Venture Capital where he became the youngest black venture capitalist in The United States. Delane was then part of the early team at Rocket Fiber that raised $31M and focused on retail strategy directly with the CEO. While at Rocket Fiber, Delane founded Rush Esports, an esports team that was acquired by Team Solomid. A lifelong entrepreneur, Delane started his first job at 13, working 40 plus hours a week during the school year. At 17, Delane used the money he saved to purchase three cell phone stores and joined the founding team of Executive Car Rental that now has 16 locations across Michigan. In 2017, Delane was introduced to Science founders Peter Pham and Mike Jones, where they discovered a common interest in esports. After a few months of speaking with Science, Delane founded PlayVS. In April 2018, PlayVS announced their exclusive partnership with the National Federation of State High School Associations (NFHS) to collaborate on the national rollout of esports in high schools. In June of 2018, the company announced a $15M Series A led by NEA, the largest ever for a black founder in the consumer internet industry. PlayVS’ inaugural esports season will commence in October 2018.

This post is based on content from an Emerge programming session. If you're interested in connecting directly with this mentor, please ask your Labs Manager for assistance. 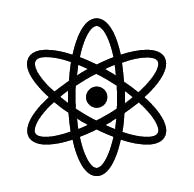