Sometimes the most challenging parts of our lives can also be the most enlightening and motivating. This was definitely the case of Wa’il Ashshowwaf. After personally experiencing the injustice of the American legal system, he wanted to not only make change, but make it easier for others to speak out and fight for what's right. He created REYETS, an app and social justice network of social justice advocates, grassroots organizations, and people that want to make a difference in their community.

At just 17 years of age, when Wa’il resided in Upstate New York, he was falsely accused of assaulting an individual he had never met. While he had high expectations that the justice system would protect his innocence throughout the defaming ordeal, he quickly learned that the legal system was not reliable in terms of fairness. That tribulation not only planted a seed for him to be the change he wanted to see, but also taught him the importance of knowing one’s rights. Literacy about rights was the foundation for the company he was inspired to design: REYETS (pronounced “rights”).

Throughout the next few years, he began to research more about this issue and had the opportunity to work on a project with the Desmond Tutu Foundation in South Africa. He also eventually left his career as a banker, sold his house, and invested in building this company. In doing so, he was also able to realize his interest in technology while being motivated by his passion for social change.

The Growth of his Venture

Upon starting REYETS, he was abundant in fear and doubt, a common occurrence for entrepreneurs. Once he asked himself “what am I actually risking and what is the worst case scenario”, he realized that the benefits of his idea outweighed the risks of it’s failure. His first move was to talk to many people before starting to build the mobile application. When it first started, he wanted to help people film and post videos of social injustices. He eventually pivoted to providing more resources for people to learn about their rights. After that, he made a pivot to building a platform that would help people make measurable change via action. This app would not only share the harsh and disturbing news of oppression and discrimination, but would also share the wins and positive changes that are neglected at times. While many advocacy and social justice organizations are not for profit, REYETS did not go down the non-profit route because he wanted to keep his company self-sustaining. He also wanted to be able to donate to such organizations that do rely on funding.

REYETS is a social justice network powered by artificial intelligence and data analytics and is available via a mobile application. By making citizen witnessing and reporting more feasible, Wa’il’s company works towards its goal of protecting people’s civil rights and limiting police brutality. Since there has been a rise in people posting videos of maltreatment and infringements of rights, Ashshowwaf wanted to make this not only easier, but more efficient in creating change. On his REYETS application, people can upload videos of social injustices and share it with a network of advocates, grassroots community organizations, and other users on the application. He calls it “instagram but for social justice”. Instead of the usual like, comment, and repost pattern that social media users typically turn to, Wa’il wants to inspire individuals to “engage in the change”. He does this by prompting users with a “do you want to take action” button that opens an action campaign. At the click of a button, people can be involved in effective change that goes beyond any performative activism attempt.

In the coming years, Ashshowwaf wants REYETS to earn the title of the largest social justice network both nationally and internationally. The REYETS team aims to have tens of thousands of grassroots and community organizations connect and collaborate. He hopes to accelerate the rate of change by promoting his platform to the current and future change-makers: gen-Z and millennials. While, in the past, iconic movements of marginalized communities have taken place via various in-person conversations, protests, and speeches, the reality is: the future is digital. Therefore, through allowing young advocates to connect via social media, REYETS wants to be the hub of the new civil rights movement.

What is Advice You Would Recommend For Other Aspiring or Current Entrepreneurs?

Ashshowwaf recommends that entrepreneurs should not focus on the exact product solution. Instead, they should spend time researching what the overarching problem is. By reaching out to their potential customer segment, they can understand what needs should be addressed. Once the problem is clearly identified, solutions can start to be brainstormed.

Those that want to support the mission of REYETs can join their crowdfunding campaign which has raised $65k from more than 80 investors. 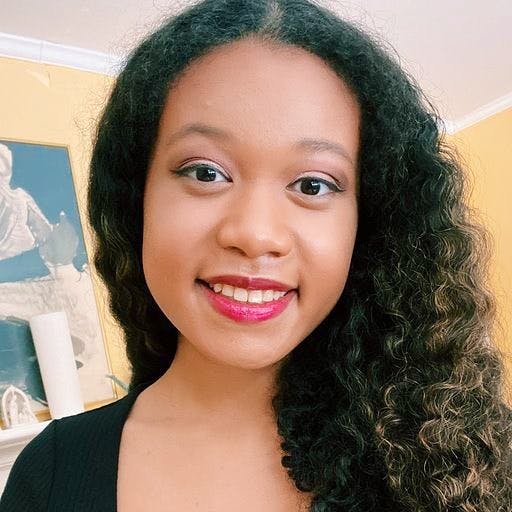